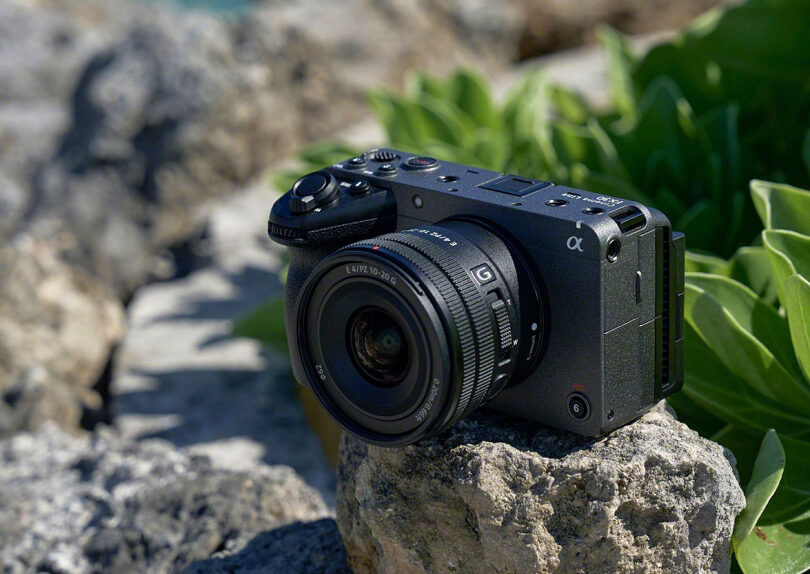 Sony has announced the compact cinema camera Sony FX30. It has the same body design as the older FX3 model. The Sony FX30 Cinema Camera moves from a full-frame sensor to an all-new back-illuminated 26-megapixel APS-C sensor that captures Super35 4K video.

The company is positioning the new movie camera as a starting point for filmmakers who want all the benefits of a movie camera but may not yet have the necessary skills to upgrade to the higher-end camcorders that Sony offers.

The Sony FX30 is equipped with a reliable autofocus system that covers 90% of the frame with 495 points. Sony promises that this system is fast enough to support high-speed, accurate autofocus as well as precise tracking even when recording video at 120fps.

Shooting can be done in 4K at 120 frames per second, but this happens with an additional 1.6x crop. The FX30 can also shoot in Full HD, but without the additional frame rate options over 4K. Photos are taken in APS-C format at a resolution of 6192 x 4128 pixels. In addition, it can record indefinitely via USB Power Delivery (PD) and also supports fast charging.

The Sony FX30 is also equipped with a five-axis matrix image stabilization. It also implements digital stabilization, including post-production in proprietary Catalyst desktop software using metadata from camera accelerometers. Other smart electronic features include breathing compensation with some lenses.

• First of all, the camera is aimed at shooting video