«A Kiss in Times Square»— photograph by Alfred Eisenstadt. It shows the American sailor Glenn McDuffy kissing nurse Edith Shane, dressed in a white dress, on Victory over Japan (August 14, 1945) in Times Square in New York. A week later, the photo was published on the pages of Life magazine. The identity of the people in the photo was only established decades later. 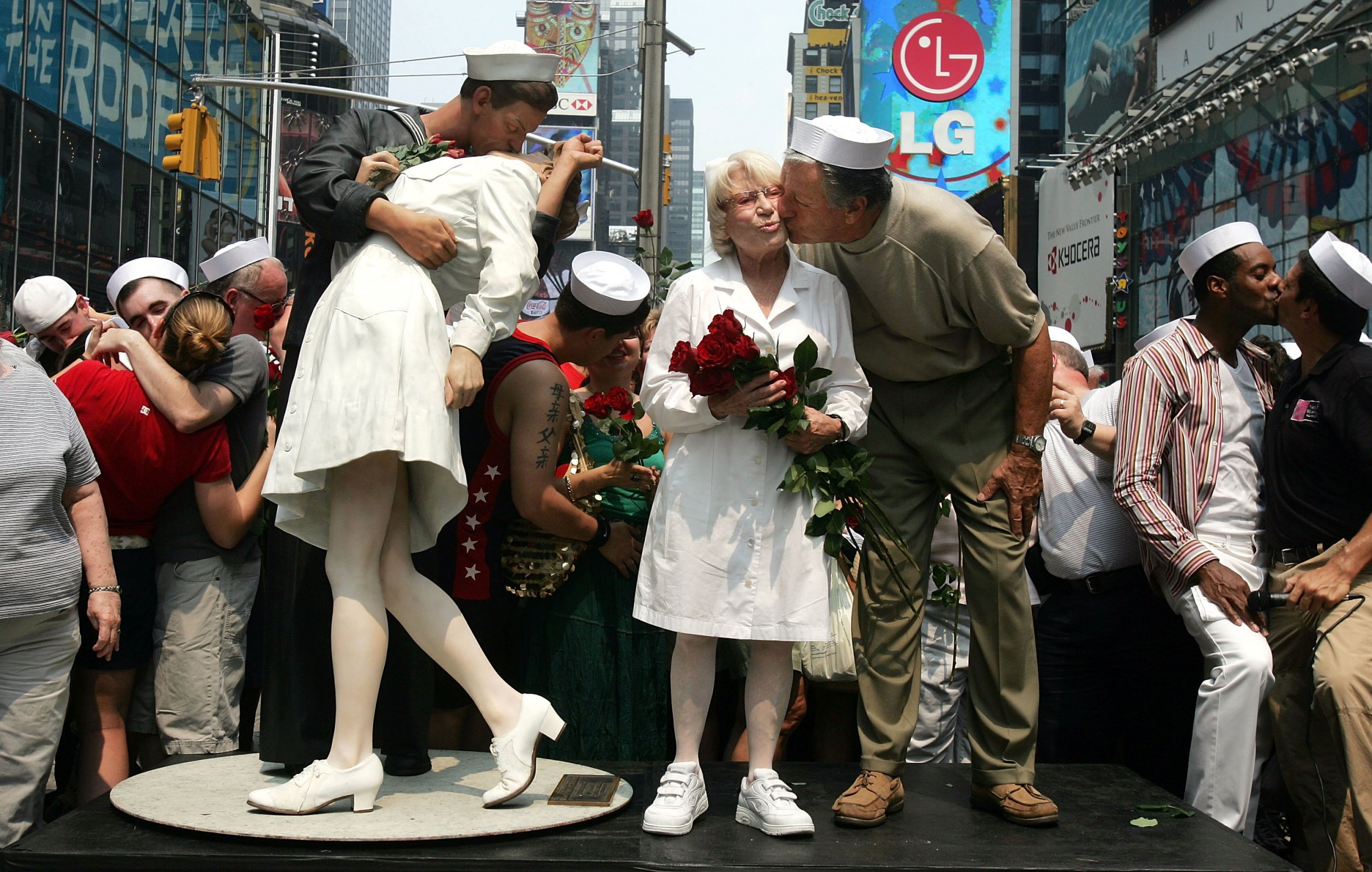 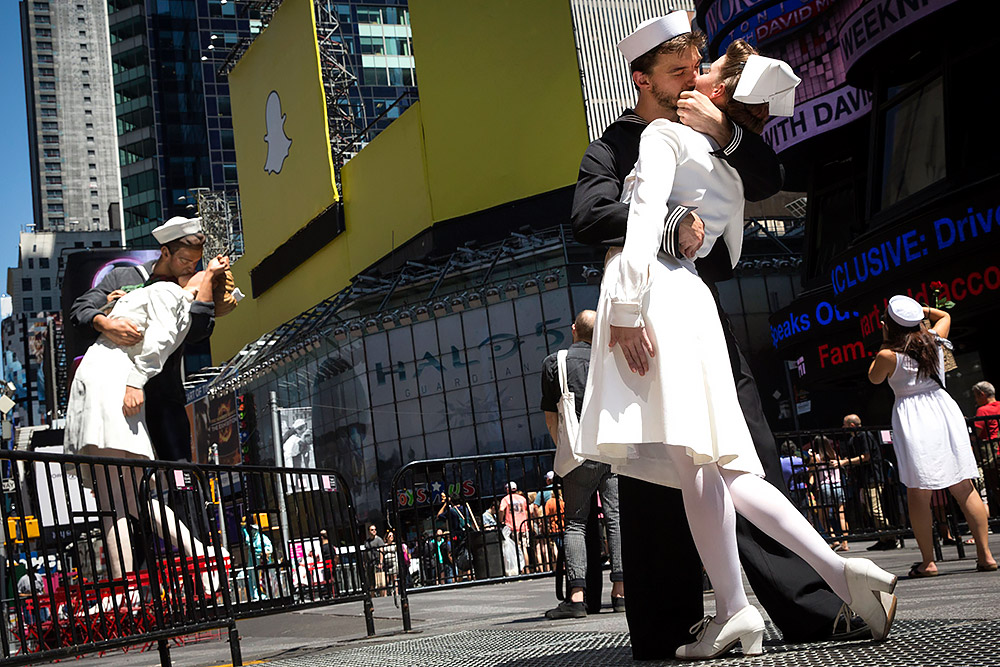