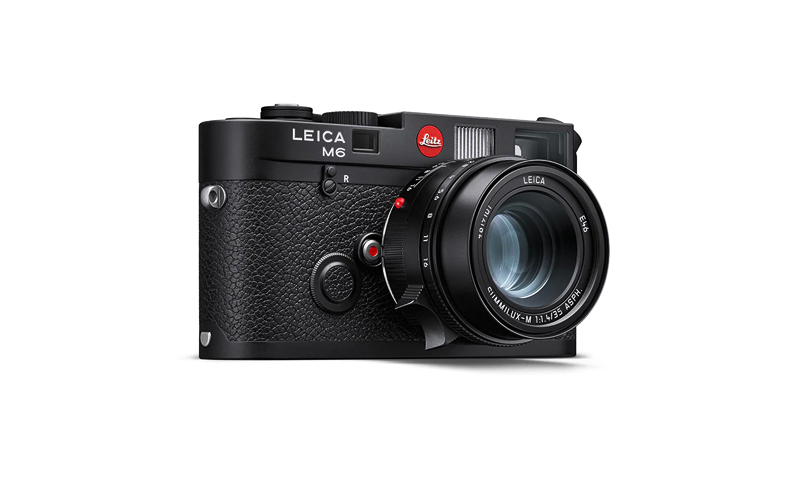 Leica has re-released its iconic Leica M6 camera 38 years after its first market launch in 1984. The novelty is an improved version of the M-mount model.

The updated Leica M6 received a mechanical rangefinder with a 0.72x viewfinder, an improved exposure meter (a red dot appeared in addition to the two indicator arrows), and an anti-reflective coating appeared on all optical surfaces. Additionally, the camera was equipped with a low battery warning indicator.

The design of the 2022 M6, which retains the logo of the 1984 camera, repeats the classic camera, but with changes in design. The cover of the previous model was made of die-cast zinc, but now it is cut from solid brass and covered with abrasion-resistant black lacquer. Traditionally, the body of the Leica camera is covered with a recognizable leather decor.

The updated M6 is available for pre-order for $5,295. It will initially be available in black and each piece will be handcrafted in Germany. Leica notes that «supplies will be extremely limited for many months.»

The 35mm Summilux-M lens, which has also been relaunched, will be available with the camera. The lens will cost $3.900.