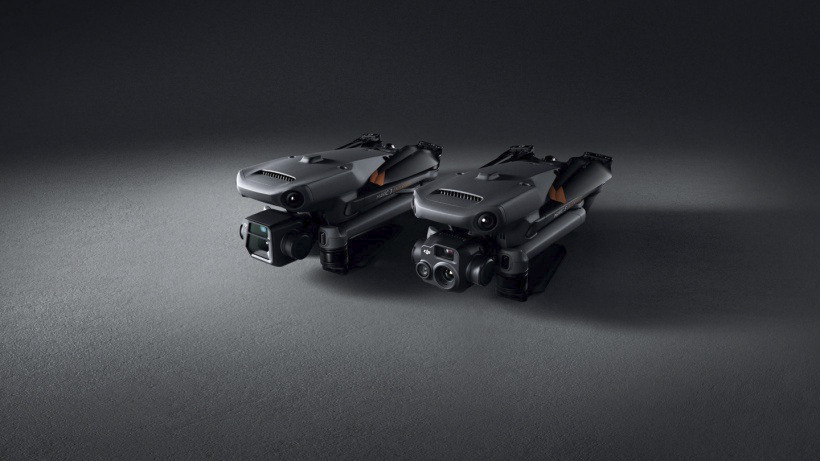 The DJI Mavic 3E and DJI Mavic 3T drones are equipped with professional-grade equipment, such as the DJI RC Pro Enterprise controller with a high-brightness 1000 cd/m2 screen. This screen provides clear visibility in direct sunlight. In addition, the remote control is equipped with a built-in microphone and four antennas. The maximum range of the remote control is 15 km, video broadcasting is supported in 1080p resolution at 30 frames per second.

Both drones are equipped with an RTK module for high-precision mapping. In addition, they have a speaker with the ability to broadcast sound from the control panel — this will increase the effectiveness of search and rescue operations, according to a press release. Text-to-speech is also supported.

Drones industrial series DJI Mavic 3 Enterprise are equipped with a set of proprietary software. The updated DJI Pilot 2 flight interface provides the operator with quick access to all functions and systems of the device. Local data mode is supported, in which all information from the drone will not be transmitted via the Internet — additional protection is provided by AES-256 encryption. There is a DJI FlightHub 2 program for controlling a complex of drones through cloud resources. The DJI Terra app is designed for mapping tasks, while the DJI Thermal Analysis Tool 3.0 helps in analyzing the image from a thermal camera.

The flight time of the DJI Mavic 3 Enterprise series can be up to 45 minutes, and high-definition image transmission is available within 8 km.