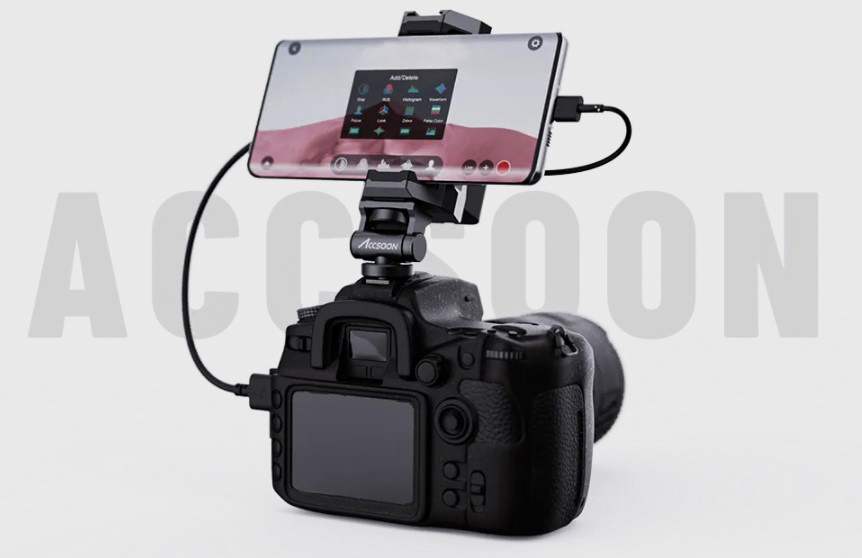 The Chinese company Accsoon announced the imminent sale of a new gadget M1 UVC — HDMI. M1 UVC to HDMI is a smartphone adapter and holder (2 in 1) that allows you to use your smartphone as an on-camera HDMI monitor. M1 UVC — HDMI is installed in the «hot shoe» of the camera, and connected using an HDMI-HDMI cable. The device converts the received signal and transmits it via a USB-C-C cable to a smartphone, while the Accsoon SEE proprietary application must be installed and running on the smartphone. This application supports Android operating system 8.0 and above. iOS support has not been announced. The Accsoon SEE app has all the necessary on-screen assistants: vectorscope, histogram, zoom, false color, focus peaking, zebra and other necessary «tools» for operators.

The advantage of using this adapter is the ability to power your smartphone from a removable Sony NP-F battery, which powers the M1 UVC to HDMI adapter itself.